About the iGEM team 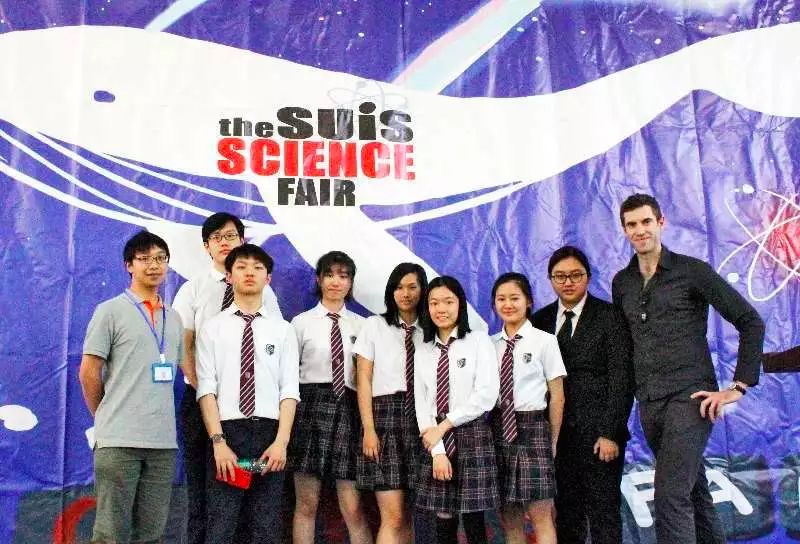 iGEM (International Genetically Engineered Machine) is a foundation dedicated to the advancement of synthetic biology, education and competition. Each year during the iGEM competition, teams from universities and some exceptional high schools work for months on research aimed to design, develop and document a genetically engineered microorganism that performs some beneficial function to the world. In the Autumn of each year, the research teams gather in Boston USA to showcase their work and convince a panel of expert judges their engineered genes work as they should, are beneficial to biotechnology industry and that the research was conducted in a responsible and publicly inclusive manner.

Bruce is a grade 11 student at SUIS WanYuan who along with being a member of both the iGEM and Volleyball teams, has a keen interest in economics and sociopolitical matters. He has worked as part of the community outreach and integrated Human Practices aspects of the SUIS iGEM project 2018.

In the face of overwhelming evidence supporting the idea that anthropogenic climate change is real, The Paris Agreement, developed within the United Nations Framework Convention on Climate Change (UNFCCC) was a step forward in terms of hoping to alleviate some of the adverse effects of excess greenhouse gas (GHG). Therefore, both the global community and local governments, have begun to focus on utilizing renewable sources of energy and products traditionally derived from fossil fuels.

Microalgae has recently attracted attention as a possible feedstock for helping countries develop a biorenewable based green economy. China, one such country, shows that it has great promise for developing algal biorefineries through exploiting its great abundance and diversity of microalgae (Li et al., 2015). Presently, microalgal biomass cultivation is regarded as a potential way to overcome our current reliance on fossil fuels. 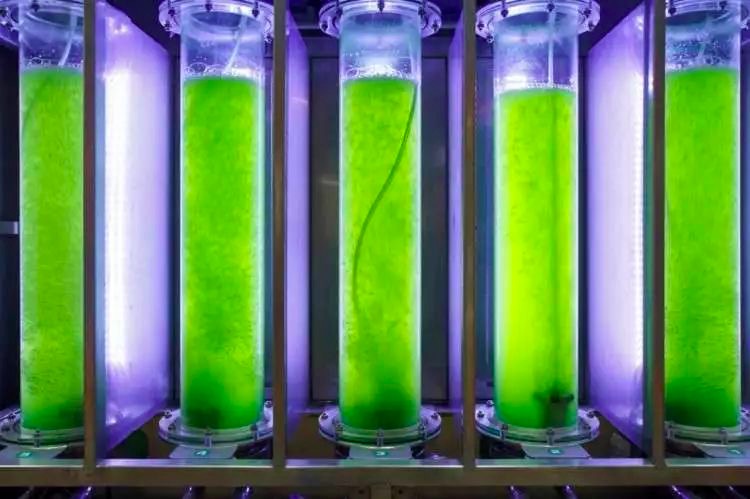 Biomass is an organic matter that was stored in living or recently living objects. It is a renewable source of energy, providing a storable, flexible fuel that can be readily converted to heat and/or electricity using existing well-established technologies, and is therefore an attractive proposition. However, in order to design an economically feasible production processes it is necessary, as part of the biorefinery concept, to utilize all constituents of the microalgal biomass (Hariskos & Posten, 2014). This means not just energy, but other more valuable products should be produced and harvested for consumers.

Microalgae produces a great amount of long chain fatty acids such as omega-3 oils, examples of which are Docosahexaenoic acid (DHA) and Eicosapentaenoic acid (EPA). Omega 3 are essential nutrients that can help prevent and manage heart disease. Study conducted by the American Heart Association shows that omega-3 fatty acids may help to lower blood pressure, reduce triglycerides, slow the development of plaque in arteries and, reduce the chance of abnormal heart rhythm, hence reducing the likelihood of heart attack. There is also a huge market for DHA as a supplement for infant formula, especially in Asia, where it is thought to assist brain and cognitive development. 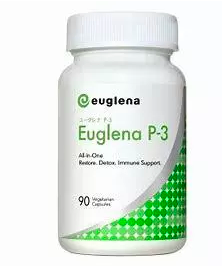 In addition, microalgal pigments, such as carotenoids, and proteins have considerable potential for many medical applications.

Nowadays, thanks to the advancements in technological development, we are able to extract biomass out of microalgae for multiple usage. Euglena, for example, is a Japanese Company, who operates a branch in Shanghai, researches and produces nutrient solution and plasmid extracted from euglena (a type of microalgae). One of their final products is a nutrient rich health food which can be sold as a drink or snack bar. While creating valuable products for the society, microalgae is believed to efficiently reduce the carbon dioxide emission to atmosphere due to the fact they have high photosynthetic efficiency, thus reducing the impact of global warming. This is partly because microalgae have high growth and reproduction rate. Besides, microalgae have the ability to grow and reproduce under harsh-surviving condition and they only occupy small cultivation land area and thus are not a threat to global food security through competition with agriculture. Algae-based biomass are technically and economically viable where it requires no additional lands, require minimal water use, and mitigate atmospheric CO2. In future, biofuels production from microalgae can be economical at some scale, and also profitable to economy and also environment. As Dr. Frank Rijsberman noticed stated at the Global Bioeconomy Summit 2018 on April 20th in Berlin, Germany, “the adoption of renewable energy should be our priority to face global warming”.

The importance of developing food products, like the Euglena bar, in addition to biofuel products, is a great strategy that improve people’s health condition in a global scale. The problem being faced, not only in China but the entire world, is not food shortage, rather it is more of the quality of the food. WHO (World Health Organization) has identified 22 types of disease that can trace back the cause to nutritional deficiency, and it is estimated that more than 1.25 million death was caused by nutritional diseases since 1988 in 40 countries: heart disease, the largest cause of death around the world, is an example of above. On the contrary, seldom death was reported to be merely caused by unequal access to the food.

Additionally, the reason of having low quality food was not necessarily caused by the shortage of high-quality food, but primarily due to the matter that most people were unable to afford the cost of those types of food. By principle, the optimal growing condition for microalgae product is fresh water resources, however, it can also be in the form of recycled water, seawater, and brackish water with pre-treatment that removes growth inhibiting component. Plus, one of the greatest benefits of microalgae production is that it can be cultivated on marginal land and thereby largely diminish its competition for the traditional food source. Moreover, while Algae are temperature-sensitive, and its high productivity needs to be done along with temperature control, most fossil fuel inputs for the cultivation come from electricity consumption as well as used natural gas, the temperature control for Algae will consume more waste energy from the fossil fuel and does not demand other types of energy. Due to the matter that biomass product requires low cost in production on any type of land, it is cheap in price comparing to the traditional food products while providing you a high amount of nutrition.

However, the current margins for operating economically viable microalgae biorefineries are quite fine due to large energy costs associated with algae cultivation, harvesting, and processing the products. Step by step, breakthroughs in research and development is allowing us to keep considering microalgae feedstocks to be at the very least one of the key players in the development of a green economy for China. One area of research focuses on strategies designed to inexpensively upscale the total biomass of the microalgae stock, allowing for increased raw materials to be produced. It is this motivation that encouraged us, SUIS WanYuan’s iGEM research team to genetically engineer a strain of bacteria which, when co cultured with certain strains of microalgae can interact in a mutually beneficial way with the result of an overall increase in useful biomass.

In the near future we could be relying on numerous products from microalgae in our daily lives, from food supplements, transport fuel, cosmetics and pharmaceuticals. Here is to a greener and more prosperous future.

Rupprecht, J. (2009). From systems biology to fuel— Chlamydomonas reinhardtii as a model for a systems biology approach to improve biohydrogen production. Journal of Biotechnology, 142(1), 10-20.